Brain Injury Alliance New Mexico is home to a community of people thriving with brain injury and their families and caretakers.

If you have been affected by brain injury in any capacity and would like to share your story, please email us at info@braininjurynm.org.

Working for the University of New Mexico, and leading an active life, Melanie sustained a brain injury while riding a mountain bike. She was rushed to the hospital, spending in 3 days in intensive care, and a month in the hospital, where Melanie underwent physical, speech, and occupational therapy. Once home, she continued therapy with Lovelace Rehabilitation Center, and returned to work at UNM on a part-time schedule. In a few months, Melanie was able to resume a full-time work schedule.

Melanie was admitted to a master’s degree program during her time in rehabilitation.  She had a mind-set that wouldn’t allow her to give up. Melanie completed her degree in 2013.

Melanie researched brain injury organizations in New Mexico, seeking support from those understanding brain injury. Melanie achieved a comfortable status within the brain injury community, and became very comfortable telling people of her brain injury.  “I realized that I have had amazing care and wanted to finally let people know about my injury and experiences, and to be an example for people who live with brain injury,” says Melanie.

In her search, Melanie found the Brain Injury Alliance of New Mexico.  The annual Golf Tournament posted on the website, to be held in April of 2016, and Melanie decided to attend. Her intent was not to play, but just to go see what it was all about. There, she connected with members of the BIANM, and sought to become involved.  Melanie now is a avid board-member, and runs the entire golf tournament for the BIANM.

In 1992, James was a twenty-four-year-old healthy, athletic outdoor enthusiast, recently married (1 ½ Years).  He was a first-year law student, living in Southern California, just having moved from his home state of Colorado.  While in law school, James experienced a series of strange neurological symptoms, such as headaches, balance problems, and double vision. He was diagnosed with a golf-ball-size benign tumor in the center of his brain.  The required treatment was immediate hospitalization, medication, and surgical removal.  There were complications within the surgery,  involving severe bleeding within the brain directly resulting from the tumor removal – resulting in near death, a two-month coma, four-month hospitalization, extended rehabilitation, and permanent physical disability.  Fortunately, although physically disabled, the cognitive ability of his previous self remained.

James had a mind-set that wouldn’t allow him to give up. Choosing not to resume law school, James moved from California to his native Colorado.  Soon afterward, his only child was born. He spent the next several years as an at-home parent, and part-time Internet web developer.  He continued a weightlifting and exercise program from the days of his rehabilitation. He followed a key passion, bicycling.  In 2007, James entered an online program with The University of Illinois, earning a M.A. in philosophy.

James’ primary caregiver was Pam, his wife from 1990-2014.  Pam was James’ primary advocate throughout his recovery and rehabilitation.  Pam provided / connected James with therapy, weightlifting and exercise, supplying him with his first recumbent trike in 2005.  Pam is the mother to their only child.

James currently teaches college philosophy, works as a board member of The Brain Injury Alliance of New Mexico, researches / writes / presents in the area of philosophy and brain injury, and enjoys bike riding, time with friends / family, and his dog Frisco.

Glenn, a native of the Western U.S., earned a degree in Civil Engineering at New Mexico State University.  He spent 20 years with the U.S. Forest Service as a Professional Engineer.

He sustained multiple “closed head traumas” in a single motor vehicle accident. Treatment included misdiagnosis that focused on physical injuries, PTSD, and depression.  Glenn noticed that he suffered memory difficulties, organizational skill problems, problems with mathematics, and with many additional skills. He then lost not only his job, but the ability to have a career in his field.

Glenn had a mind-set that wouldn’t allow him to give up.  He worked through government channels, relentlessly pursuing proper diagnosis, treatment, rehabilitation and long term care for his condition.

As part of his therapy Glenn helped to establish and run a nonprofit, peer driven, community based “clubhouse” for people living with brain injury. The organization  provided social supports, life skills, and vocational training in New Mexico. Additionally, Glenn has worked with the Division of Vocational Rehabilitation, has lobbied for brain injury legislation, and has assisted people living with brain injury to navigate the complex system of medical services, legal services, and social services. 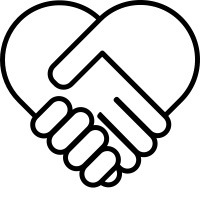